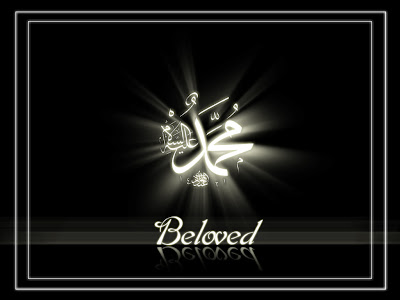 This song is based on traditional poetry by beloved 11th century Persian poet Baba Taher.

I came into this world with no possessions
Awarded only a yearning heart
All those who came before me have returned to the dust
And it is from this dust which I have been created
O beloved, when will you arrive
I cannot bear one moment of this separation
Lucky are those who are on your path
Lucky are those who place their head at your feet
I am even willing to surrender my heart
To those whose hearts hold your love
Even if you have a crown and sit at a throne
In the end you will have nothing
Even if you are destined for great riches
In the end you will return to the dust

Free energy? Presentation by Mr. Keshe and the new Physics

I would like to represent to every one this wonderful man…

The world peace invitation and release of technology

As your Excellencies have been aware, we invited representatives of every country to the first presentation of our technology on 21 April 2012. The ambassadors of some nations attended this meeting and others chose to ignore the call, due to pressure from other nations, and decided not to attend or withdrew at the last moment.

With this second invitation we directly and unequivocally invite the leaders of your nation to appoint qualified individuals who can take part in the upcoming meeting at the Foundation on 6 September on behalf of their governments.

The reasons for this invitation and the meeting are as follows:

How we have done this?
For the past six years we have used the international patent system to make sure that every nation and major scientists around the world have a copy of our patents in their possession. (Please check the European patent and international servers downloads for number of downloads.)

Thus we have prevented any possible blocking of this technology by any individual or group and now most nations are in possession of our patents for energy generation, medical systems and space travel.

In this way the methods used in the past to prevent international development have been circumvented and now all nations have the same opportunity to work together to see that this technology is developed safely.

The principal point is that our technology is intended to be freely available to every government for the benefit of all its citizens. Through the systems we have developed every nation can have access to as much energy, water and food as they need, as well as to new methods of health care and of transport, all at very little cost.

According to its charter the Keshe Foundation and all its technologies are owned by the peoples of the world. The patents are the assets of every individual on this planet and cannot be claimed by any one person or organization or nation. This means that all income generated by the technology belongs to the nation that makes use of it.

We will release the list of countries invited to the meeting on 6 September 2012 and the full e-mail addresses of those who receive invitations, so it will be up to you as a government to make it known who from your nation will be attending this meeting.

By the time this email arrives at your embassies a copy will be posted on the Foundation forum and website so your citizens will be aware of the offer that has been made to you. Then it will be for you to make your response known to them, as well as to the Foundation, and we will gather the names of the delegates appointed and let your officials know where and how to meet.

Following this meeting, the presentation on 21 September 2012 will be the first step in the Keshe Foundation’s teaching program to share its knowledge and put it into the hands of the people worldwide. Once these new technologies and their benefits are known to the general public, the leaders of every nation will need to decide how they are going to implement them for the betterment of everyone.

At that point there will be two choices: either we all work together to change the life of everybody on earth for the better through the correct patterns of conduct, or the advanced nations of the world will see in the near future a flood of immigrants in tens of thousands flocking to the major cities.

We are prepared to present the technology to your representatives in any setting so that they can understand its implications and the changes it will bring about.

From now on, we can make sure that no child or adult will die of thirst or hunger and that no nation will be attacked by another, because the potential military applications of the new technology are so horrendously destructive that we will have no choice but to accept that fighting over the resources of the planet is a thing of the past.

There has been nothing wrong with protecting national assets, but now as the leaders of small regions of the Earth it is your responsibility to see that its resources are available to be shared, and that with the help of our technology everyone’s basic needs for energy, water, food and health care are met.

The Keshe Foundation takes no account of color, nationality, religion or political affiliation, thus our call is going out to every government to appoint a team of scientists to come and see our technologies at first hand. Then they can decide whether or not to make use of them. If you ignore this invitation your nation will soon have no choice but to follow the lead of the nations who have decided to develop them.

We call on your nation to start the process of world cooperation as soon as possible because once these systems are in operation, the frontiers that separate one country from another will have no meaning.

We have set the scene for a change of course for humanity and in the coming months we will see it through. In the near future people will come to realize that we are here to serve each other and not to be served, as all resources will be available to everyone at the same time and in the same measure.

When you love the music you can use a place like Jamendo to find one of the best authors using Creative Commons license which share for free their music. I like it and I use it from at lest 6-7 years but because Jamendo player is based on flash there was a no way to add it to your personal blog in WordPress.com. Anyway the guys of WordPress give us a chance with gigya. I’ll give you an example how to do it and I’ll show you two very good musicians.

So the example is for the album of Antony Raijekov – Titles and  Stefano mocini – A cat playing.

What else – the code that you put in your blog:

The beginning of ACTA protest

At the beginning of ACTA protest in Sofia.

At least 20 000 people are against ACTA in Sofia and thousands in every big cities in Bulgaria in this cold day.
Strange precautions taken from Bulgarian police hmmm… no MASKS and if you have a laptop in yourself you must show recipe! Young people with laptop and the recipe at the same time… no way you must joking.

Hackers have claimed responsibility for making the CIA website inaccessible on Friday – the latest attack on a US federal agency.
Info: BBC

Large protest was held in Estonia, which is one of the signatories for the ACTA agreement, to oppose the Anti-Counterfeiting Trade Agreement.

With the continuing campaigns for Internet-censoring litigation such as SOPA and PIPA, and the closure of sites such as Megaupload under allegations of ‘piracy’ and ‘conspiracy’, the time has come to take a stand against music, film and media companies’ lobbyists.
The only way to hit them where it truly hurts… Their profit margins.
Do not buy a single record. Do not download a single song, legally or illegally. Do not go to see a single film in cinemas, or download a copy. Do not buy a DVD in the stores. Do not buy a videogame. Do not buy a single book or magazine.
Wait the 4 weeks to buy them in April, see the film later, etc. Holding out for just 4 weeks will lave a gaping hole in the media and entertainment companies’ profits for the 1st quarter. An economic hit which will in turn be observed by governments worldwide as stocks and shares will blip from a large enough loss of incomes. Info: Ano

INTERACTIVE MAP OF EUROPE PROTESTS AGAINST ACTA  – CHECK FOR YOUR COUNTRY

ACTA is an international trade agreement negotiated by the European Union, the United States, Japan, Canada, South Korea, Australia, Mexico, Morocco, Singapur as well as a few other countries, whose aim is to enforce copyright and tackle counterfeited goods (hence its acronym: Anti-Counterfeiting Trade Agreement).

Download and read the final version of the text.

The main problem with this treaty is that all the negotiations were done secretly, keeping the public and civil organizations out of the table. All the information until 2010 relied on leaks that reveal intentional secrecy to misled the public. ACTA negotiations started on 2007 and finalized in 2010.

October 2010: Japan and United States, who crafted the treaty, together with Canada, Australia, New Zeland, Singapure and South Korea

The signature of ACTA by European countries does not mean the deal is done, needs to be ratified by the European Parliament. They will vote on june 2012to either ratify or reject ACTA. Please read more how to act and call your MPs, tell them tovote against ratification. This would disarm ACTA in Europe.

The main two things to do are contacting Members of the European Parliament and helping spread the word about ACTA.

Current main action: call members of the INTA committeeto ask that their report on ACTA recommend the Parliament reject it, and to tell them about the dangers of ACTA.

Which countries have not signed ACTA?

Mexico and Switzerland. In both countries situation is not clear. Mexican Senate voted a non-binding resolution rejecting the ratification of the treaty last year, after celebrating multistakeholder public hearings that prove ACTA was anticonstitutional in Mexico.